A step forward but how do we take the next step?

Home > News > A step forward but how do we take the next step?

A scintillating display from Luka Modrić brought our Euro hopes to an end last night and Scotland once again failed to qualify from the group stage of a major tournament.

Now that the tournament is over it is normal to reflect on our performance, what we done well and what we can learn and improve from.

For me and probably most other Scottish people, the highlights were the performance against England at Wembley and seeing kids experience a major tournament for the first time. Although we sneaked in via the back door and because of an increase in teams participating in the tournament it was fantastic to see Scotland involved and hopefully this helps gets more children playing football and gives them the motivation to go on and achieve something similar or better. A football nation like Scotland should always be competing at major tournaments and we should be looking to go beyond the group stages instead of treating it as a success for qualifying.

I think the players will have learnt a lot from the experience, in particular the younger ones within the squad, and we have to try and build on that in the future. We certainly cannot go another 23 years without participating in a tournament.

To get to the next level I believe we need to change our identity. When neutrals think of a Scotland team they think of a hard working bunch of players and a more direct style of football. When you always play with a target man and frequently go long from the keeper it is difficult to argue with that. We have some terrific players playing at the highest level but for me we lack any sort of creativity in the final 3rd.

In my opinion the above factors are some of the many reasons why we fall well short of the top level of domestic and international football and it all starts from grassroots.

In Scotland we like to use the same old excuses that we are a small nation, we haven’t got the weather, we need more 3G pitches…complete and utter nonsense. Look at Croatia, a country with a population of 4m, 1.5m less than Scotland yet they continually develop world class players and teams. Yes they have better weather but look at Belgium and the players they are currently creating. I would say that both countries are similar to Scotland in that their domestic leagues aren’t that strong but look at the creative players they are developing at the top end of the pitch in Modric, De Bruyne, Hazard, Perisic and Lukaku. Players that can change games. I have researched the youth structures of both countries and they have a massive emphasis on technical ability, creating 1v1’s and playing small sided games. Belgium start youth matches at 2v2 and are now ranked as the top nation in the world. There is absolutely no doubt in my mind that small sided games create better players and there is no coincidence that all the top nations in world football derive from a small sided game or futsal culture.

Despite the above, Scotland are the exact opposite with a large percentage of coaches more concerned with winning and most ignore SYFA guidelines to try to get on a bigger pitch, with more players as quick as possible. The SYFA even took away a year at 7 a side to introduce 9 a sides. A structure to provide a pathway to 11 aside football but taking away a year at 7 a side to do so. You couldn’t make it up.

We are obsessed with playing matches ahead of training and children spend nowhere near enough time on the ball. It is great to play matches but you will get more touches of the ball in a 10 minute ball mastery warm up that you will in any game. Kids are playing games before they can actually dribble, control or kick the ball properly and they still face the same problems when they are 12 years of age and go to 11 a side football!!

The more you have the ball at your feet, the more comfortable you will become with it. If you don’t work at it, nothing will change.

Have a read of the below blog, Inside the Dinamo Zagreb Academy. I found it really interesting, in particular how frequently the kids train. This is an academy that is second only to Ajax in developing players that are playing in the top divisions of European football and is responsible for most of the Croatian national team. This is something we can learn from and if we stop using excuses and change our mindset there is absolutely no reason why Scottish clubs and players cannot do similar.

Inside The Dinamo Zagreb Academy – My Personal Football Coach 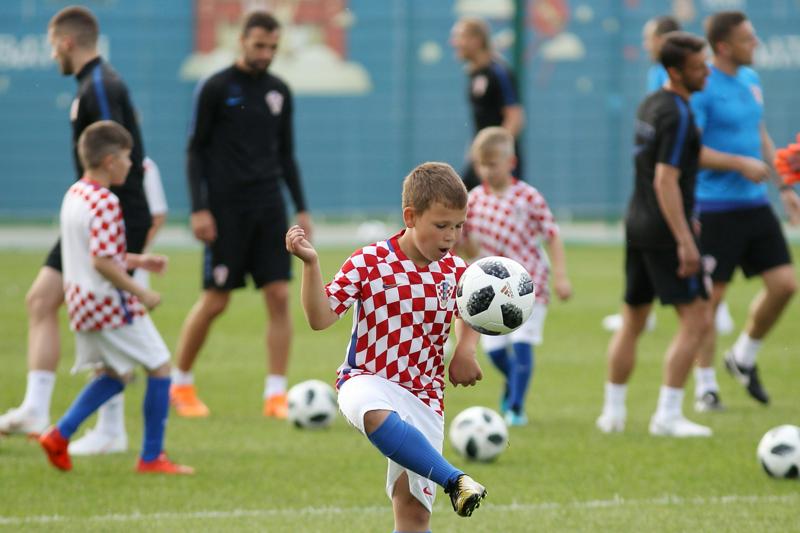