Back to the Future

Home > News > Back to the Future

Yesterday we shared a post about about street football and how it appears to be a thing of the past. During healthy discussions and debating it highlighted further problems that our followers think are responsible for the decline in the standard of Scottish players and Scottish football in general.

As a kid I loved football and they were the best days of my life. Playing under no pressure whatsoever and just doing something I loved. My daily routine would be to get up in the morning and head to school for a kick about before doing the same during the break and lunch time. After school it was a case of rushing home, getting changed as quickly as I could, putting on my trackies with a hole in them and heading back down to the school where a number of boys and girls from age groups above and below would do the same. Depending on numbers we would fit in 2 more hours of knockout/world cup, roofy, wally, headers or volleys or small sided matches. We organised it all ourselves with no parents anywhere near us. At half past 5 I would get a shout to head home for dinner and depending on whether the game was finished I would head home for dinner, watch Neighbours (not a proud moment) and then head straight back down to the school where we would continue to play until it was dark. The only break was when Andy’s ice cream van went passed and I’d get a treat with the pound my mum had gave me. What a life….I absolutely loved every minute of it. Irrespective of the weather I and a core of others would always be there and I would jump at the chance to do that again. Unfortunately the story of my youth is now a thing of the past but surely we can get back to something like that?

Yesterday’s post highlighted a number of reasons why we don’t have that now. Here are a number of the reason given:

NO BALL GAMES ALLOWED/TOO MANY CARS

This was an issue when I was a kid as well but we found somewhere to play, even if it wasn’t always permitted. Right now children have the option to play on the grass, most astro pitches are open and there’s cages across the country that lie empty. When I see kids at an astro now they are just shooting into an empty goal or hanging about on their phones. I don’t see kids running about working their asses off and determined to win whatever they are playing.

I think that this is definitely an issue. Many, not all, parents are more concerned with their own social life than trying to entertain their children. I am sure my mum and dad would disagree but when I look back, my mum and dad must of had it easy. I was rarely in the house and only really returned when I was either hungry, wanting money or injured. Running an organisation with hundreds of children involved and dealing with parents and clubs not all parents are willing to make a sacrifice for their children to do what they enjoy. unfortunately it is easier to place a child on a PS4 or XBox than it is to take them out to play or to training.

With the Madeleine McCann case and constant posts of fear through the media, parents are now concerned about letting their children out unsupervised but surely we can open up astroturfs or futsal courts after school and have supervision of the children, even if it requires a pound to play?

COMPUTERS AND OTHER DISTRACTIONS

The world has undoubtedly changed with technology. Most children now have access to their computer, a mobile phone and social media platforms such as YouTube. Unfortunately some are addicted these items and are on them for hours and hours every day. We recently asked our players how many are checking their phone during the night and most said they did. This is a massive concern and parents have to do more to limit use of these but unfortunately some parents are addicted the same as the children. Children are also easier to look after when they are glued to a screen.

As a futsal academy and a scout for Rangers Academy I am part of this and I cannot agree more. My personal opinion is that players start in pro academies far too young and it places unnecessary pressures on that player from the club and the parents. We want all our players to be ambitious but the stats are not in the players favour with with making the grade and a number of pro clubs do not do enough to help players once they are released. i would like to see a combination of pro and grassroots football until and older age.

For academies, let’s be honest, Futsal Escocia and other academies would not have been in existence 30 years ago because there was never a need for them. Now we have football academies and 1-21 coaches popping up all over the place. For me it is really important to try and replicate that street football environment and I think that futsal is really close to that. I am of the opinion that players develop better in an environment that creates opposed game like situations as much as possible. Players need to think for themselves and not be directed by the coach of where and when to run, pass, dribble or shoot. I am not saying there is no requirement for unopposed training because there is but it breaks my heart watching sessions that look flawless, doing a turn, beating a mannequin and scoring into an empty goal. This is not game realistic and if it looks flawless it most certainly isn’t challenging your child.

I am sure parents and coaches will have other issues with schools and the structure/governance of the game and please feel free to tell us your thoughts in the comments on Facebook.

Now, how can we change things? Should we push Fife Council for futsal courts where we can provide FREE futsal after schools and structured sessions at night? We would love to know your thoughts. Can we go back to create a brighter future for our kids and could futsal be the answer? 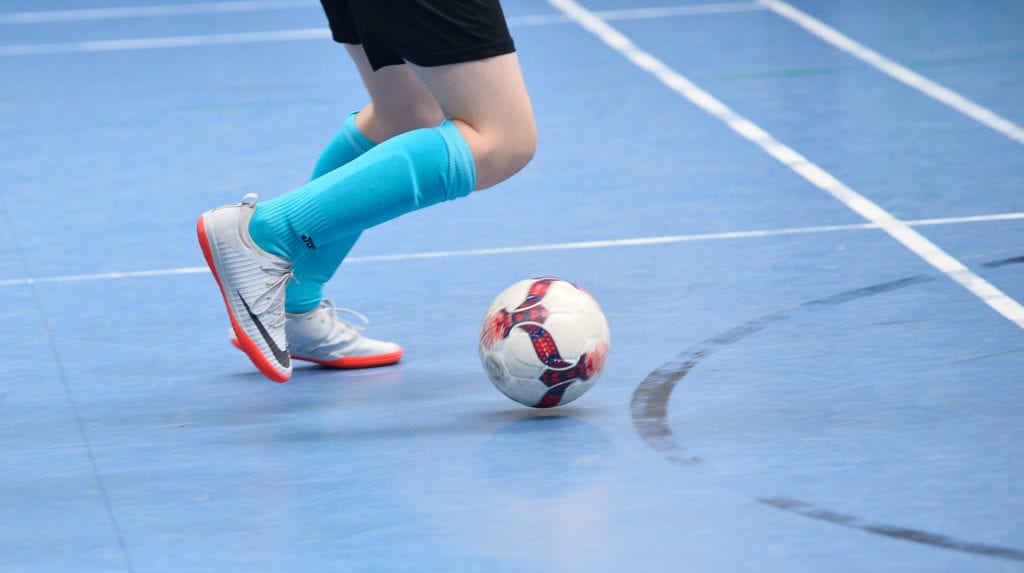