It is the end of our first season in the Scottish Futsal League – Edinburgh and we finished on a high. Here’s a brief review about how it came about and what we hope to achieve in the future.

It has always been our intention to complete our futsal pathway from the youth game into adults. We could have created an adult team when we started in 2015 but we wanted to build a pathway from the bottom up.

The Scottish Futsal League permits players aged 15 and above to play in their leagues and this season was the first opportunity to be involved with our players that were born in 2005/06 and early 2007 later in the season. Included in our squad is a mix of grassroots players, 2 futsal specific players, a couple of pro academy players and a bit of experience with Kenny.

Despite not having a keeper, we entered a team and our first match, a friendly, was against previous Super League winners and Champions League participants Wattcell. Despite losing the game the boys done extremely well and it was extremely pleasing to hear the comments from the Wattcell players after the match.

We were handed a difficult League Cup group which included Wattcell and Super League side Edina. The group provided the players and coaches with some real confidence and we managed to finish 2nd (extremely unlucky not to top the group) and to qualify for the semi final against another Super League side, Sacachispas, the tournament favourites. The boys done extremely well in this game but we unfortunately were beaten by a stronger team. Despite the defeat, we learnt a lot from this match. Sacachispas went on to beat Edina in the final.

Our league campaign had a few mixed results at the beginning and we noticed that teams were being more direct and physical towards our young players. As expected, we were losing matches based on physicality alone and at times we looked scared against older players and teams. Another issue was a regular goalkeeper. We actually used 5 over the course of the season!!

We decided to bring in Kenny Ford to offer a bit of experience and futsal knowledge to the boys and I took up a more regular position in goals. I am by no means a keeper but I can help organise the shape of the team and through good communication can restrict teams from even getting a scoring opportunity. I can also come out and create a 5th player and score the odd goal. I do hope to retire again soon though!!

With a bit of stability in team selection and some added experience and physicality we started to pick up some good victories and we were climbing up the table. Through our league performances we managed to finish 6th, 6 points off top spot and league winners Sacachispas, to qualify for the Super League Play Offs.

As Edina and Sacachispas were already in the Super League, we were joined in a 4 team group by Galacticos, Dalkeith thistle and Edinburgh University A. All of whom finished above us in the league.

Our campaign didn’t start well in terms of results but we competed and played well in an 8-6 defeat to Dalkeith and a 4-2 defeat against Galacticos.

To have any hope of qualification we had to beat Edinburgh Uni and a terrific team performance saw us defeat them 6-1 but unfortunately we drew 3-3 in the return match, a match that we feel we should of won.

It was looking more and more like Galacticos were going to gain automatic promotion and they confirmed this on the final day with a hard fought 3-3 draw with Dalkeith. We then finished off the play offs with 2 fantastic performances, defeating Galacticos 8-4 and then Dalkeith Thistle 5-0. This was our first clean sheet and a terrific way to end the season. The victories secured 2nd place for the boys!!

We are unsure at this time if second place will qualify for the Super League but hopefully it is. The next stage of their development is stop clock matches on full size courts and hopefully the SFL recognise this when completing their Super League.

This season was all about introducing the boys to the adult game and we had a 3 years plan to qualify for the Super League. If we can do this sooner it will also enable us to have a B team in the Edinburgh league and to provide the same experience for our younger players once they turn 15.

Once we are in the Super League it will provide opportunities for our players to be selected for the Scotland national team and an opportunity to qualify for the UEFA Champions League. This is a 5-10 year plan as Perth Youth Futsal are currently dominating the Scottish game. It’s no coincidence that they have a youth pathway.

I would like to thank the players for their efforts over the course of the season. I am extremely proud of how you have all developed as players and people. You have represented our club extremely well and built up a terrific reputation in the adult game. The opportunities in futsal are much greater than you think and we will do all we can to support our players achieve as much as they can in the game.

A final thankyou to our sponsors, Devlin Mambo, Legge Steel Ltd, R Lindsay and Pathway Sports Services. The cost of being involved in the Regional leagues isn’t cheap and without your support players would of had to pay additional fees.

If we are successful in Super League qualification the fees will go up again. We welcome any support and sponsorship from local businesses. 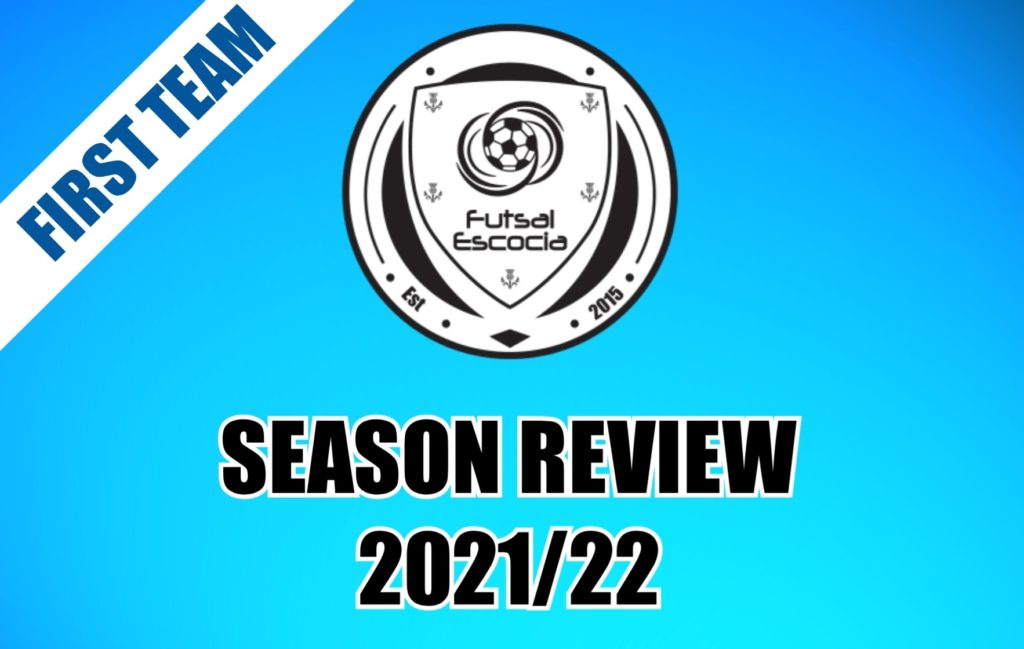