The importance of SPEED in the modern game

Home > News > The importance of SPEED in the modern game

Speed is vitally important in modern day football and futsal but is it just about how fast you can run?

Jorge Valdano, the author of The Infinate Game speaks about 3 different types of speed and the importance of each:

Let’s start with running speed. Usain Bolt is the world’s fastest person completing the 100m in an astonishing 9.58 seconds. He is also a massive football fan and pursued his dream to become a footballer towards the end of his running career. He had failed trials with German, Norwegian and Australian football clubs. Despite his incredible speed he lacked in other important areas such as speed of thought and technical speed. Being physically fast undoubtedly helps you, in particular in certain positions, but are they as important as the next 2. Is speed alone enough to become a top level player?

Speed of thought for me is an are that massively gets overlooked in Scotland. We look to improve the physical and technical attributes of a player but do we try and improve their game awareness and intelligence? If we do, I certainly don’t think we do enough of it.

Have a look at Xavi, one of the greatest players of his generation and he wasn’t blessed with running speed or physical attributes. What Xavi lacked in the aforementioned he more than made up for with a terrific understanding of the game and great technical ability.

I was fortunate enough to see Xavi and Iniesta, who I will be going on to talk about shortly, play for Barcelona and despite having a view from the clouds and a full view of every player on the pitch, both players were able to see a completely different game from me. It was a joy to watch players retaining the ball, passing and moving until the opportunity to play that killer pass arrived. Despite not being physically quick, the opposition could get nowhere near them.

Xavi is also quoted on saying “In futsal, you see whether a player is really talented. You notice the small details in quality, class and tactical understanding.” I couldn’t agree more!!

Finally, we will look at technical speed. Technical speed is being able to play 1 and 2 touch, passing the ball accurately and at the right speed, controlling the ball, dribbling at speed with the ball under control and to being able to change direction. In team games such as football and futsal it is vital to be able to do them all under pressure and against an opponent.

If you look at the very best players in the world, they have are able to play 1 and 2 touch, in confined spaces and under pressure. Being a Barcelona fan, I am a little biased but for me the best I have seen at this are Iniesta and Messi but I’d probably throw Zinedine Zidane into that as well. Zidane was 6’1″ and physically stronger but again he lacked any real pace but is still one of the world’s greatest ever players. Messi and Iniesta are only 5’7″ but both players could keep the ball under pressure from players far bigger and stronger than them. Messi in his younger years was also physically quick but Andres Iniesta didn’t have the same speed. Iniesta had an incredible touch and could pass the ball, at the right speed, through he eye of a needle. He could also control the ball instantly irrespective of the speed, height and direction the ball came to him. His game awareness and intelligence benefitted him greatly but you also have to have the technical abilities to be able to carry out what you see.

Hopefully this post makes you think a little more about speed and that it is more than just about being able to run fast and makes you consider what aspects are actually more important.

Parents and coaches, think about your child’s or teams development and question if sessions cover all of the above. 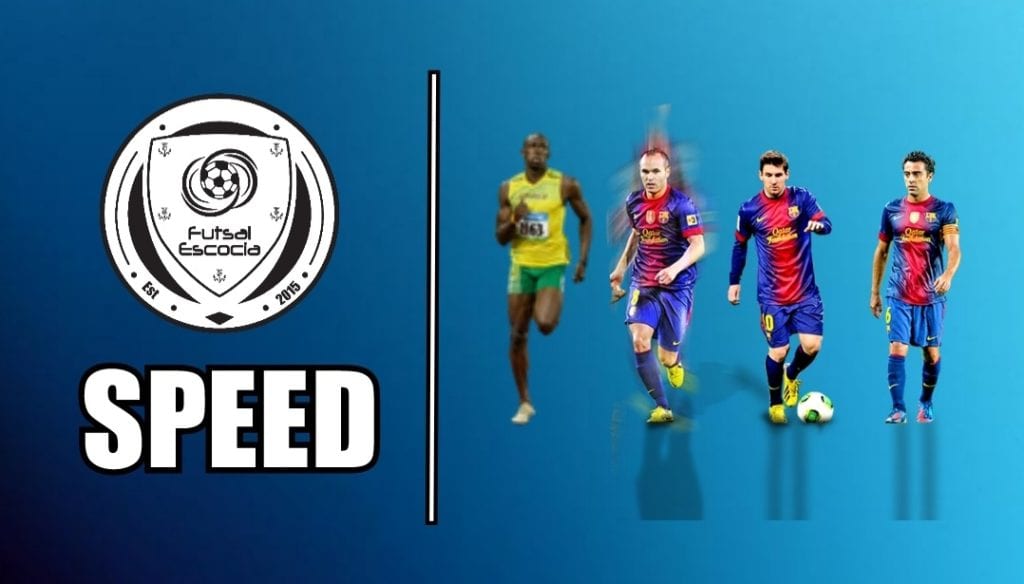